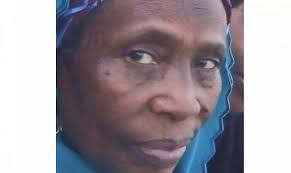 It was gathered that Bintu died on Saturday morning and the funeral will be held at Sheikh Abubakar Gumi’s house at 4.30 pm, today.

The husband to the decease was an outspoken Islamic scholar and Grand Khadi of the Northern Region of Nigeria between 1962–1967.

The position made Gumi become a central authority in the interpretation of the Sharia legal system in the region.

Late Gumi was a close associate of Ahmadu Bello, the premier of the Northern region in the 1950s and 1960s, and became the Grand Khadi in 1967.

Ahmad Gumi is the eldest son of the Islamic cleric, who has been calling for amnesty for bandit terrorists in the Northern region of Nigeria.

She died after a brief illness at 44 Army Reference Hospital Kaduna.

Nigeria remains most viable, most attractive investment destination in Africa –…

What May Happen To Nigeria Before 2023 Elections – Cardinal Onaiyekan

Death of 12-year-old Student of Dowen College: We Join Nigerians To Demand Justice For Our Son – IYC

Osun West Senator, Oriolowo Reassure Constituents As He Trains Over 200 Youths, Others

Biden to invite Nigeria on virtual ‘Summit for Democracy’